In 2009, Timothy began conducting recorded interviews with key figures in the national profile kidnapping of HaLeigh Cummings, as well as the case of Casey Anthony.

Timothy quickly learned the five year-old girl was alive and being transported from state to state by a group of traffickers that also created child pornography of the child.

Members of the group self-identified as clergy, CIA, and FBI.

Timothy quickly reported what he knew to state and federal law enforcement and was interviewed by the FBI several times. Hidden records later showed the FBI in Florida was following leads from Timothy Holmseth regarding nude photos of the little girl that had been described to him by a legal assistant at a law office.

In 2011, Timothy was subjected to a (illegal/unconstitutional) domestic violence protection order by a court in Broward County, Florida. The order required Timothy retroactively remove large amounts of legally polished content from the Web and never mention certain names again. He was ordered to never make any direct or indirect reference to certain people by any form of “electronic communications”. He was also ordered to turn over all his firearms and permits to the Broward County Sheriff’s Office.

The case is presently active in Polk County, Minnesota where the Broward County court order is being challenged as a violation of Timothy’s constitutional rights. 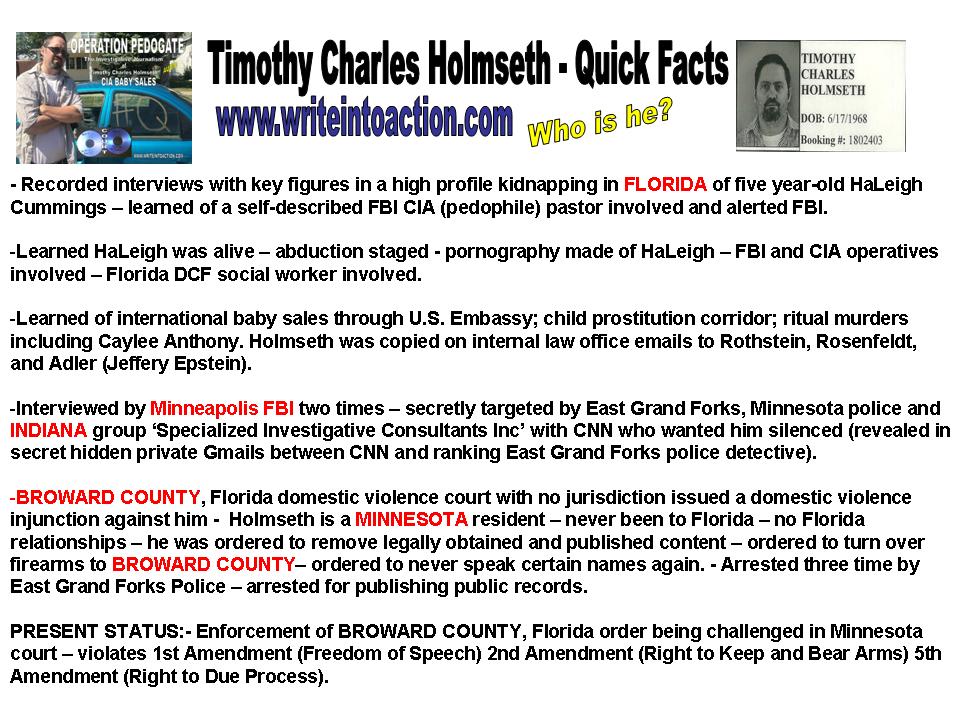