The confession authored by the person that murdered JonBenet Ramsey has been submitted to Donald J. Trump by Timothy Charles Holmseth.

The confession is contained in the sadistic pedophile composition of a serial killer entitled ‘Two Is Too Young To Die’ that was published for a period of time on Barnes and Noble before disappearing from the website.

The letter and complete composition is published here: 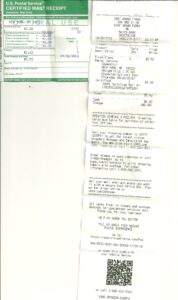 In Re: National Security / JonBenet Ramsey

I am an investigative journalist and the Plaintiff in HOLMSETH V. CITY OF GRAND FORKS ET AL. – District of North Dakota – 3:16-cv-303 – – – this Memo is in reference to:

Whoever is making these calls and online communications, which are recorded, have threatened to kill me; harm my children; and kidnap my grand daughter. The callers taunt me online with assurances the local police will never help me.

I contact Mr. Trump today to alert him to these facts and circumstances because the people using Mr. Trump’s name are connected to the murder of JonBenet Ramsey. Children in our country are being kidnapped, tortured, and murdered by operatives of this satanic shadow government cult and escape prosecution based upon ‘National Security’ (such as in the JonBenet Ramsey case).

Enclosed is a disc containing the confession from JonBenet’s killer, which was published online at Barnes and Noble under the title “Two Is Too Young To Die” before it was removed. I provided it to the Boulder Police Department and Denver FBI.

I am asking Mr. Trump to read “Two Is Too Young To Die” in advance of a Trump Administration and new U.S. Attorney General.

Enclosed: Disc / Two Is Too Young To Die / Letter to Denver FBI 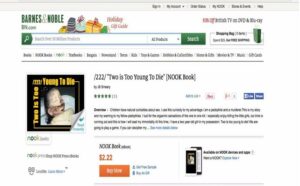 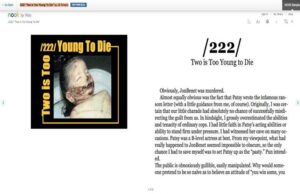 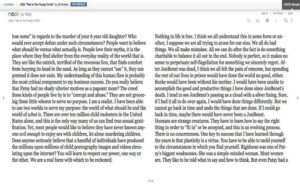 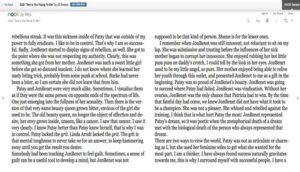 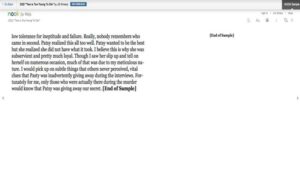 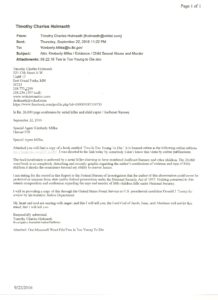 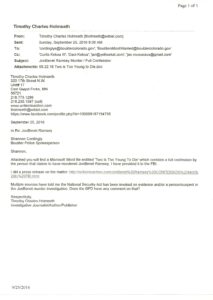