Is there a paramilitary assassination squad in the United States that murdered a Congressional Defense Contractor who was tracking COVID-19 source codes across the world?

There has been a significant peripheral development in the Cease and Desist story.

The Telegram account General Flynn Exposed located at https://t.me/GeneralFlynnExposed reported today that the Cease and Desist issued to Gordon Rose contained a very suspicious misspelling and/or improper presentation of words.

“Interesting discrepancy we find on the Cease and Desist letter to Gordon Rose from the attorneys of David “Fraudcock” Hancock.

They spelled the name of Rose’s Telegram channel the same way as it’s presented on the domestic terrorist Deep_State_Dave Gab account.

It has been suspected that Hancock is the person behind the Gab account which has a long list of threats against Timothy and his publisher, Randi Erickson, for the past year. Those threats have now included Lin Wood as a person who they claim will be framed for an upcoming crime involving the murder of a child along with Timothy Holmseth.

Could this discrepancy possibly prove that David Hancock is behind the Deep_State_Dave Gab account?” General Flynn Exposed said. 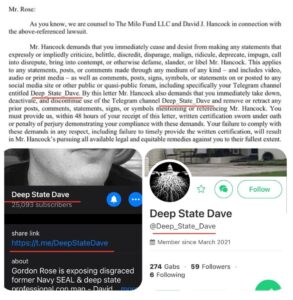 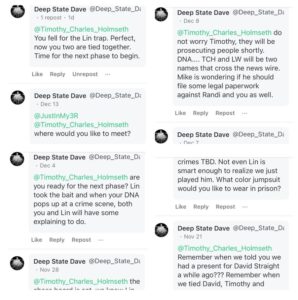 In the Cease and Desist Notice filed by the law firm Nelson Mullins Riley and Scarborough LLP, the Notice states to Rose “By this letter Mr. Hancock also demands that you immediately take down, deactivate, and discontinue use of the telegram channel Deep_State_Dave and remove or retract any prior posts, comments, statements, signs, or symbols, mentioning or referencing Mr. Hancock”.

The Telegram channel operated by Rose is called DEEP STATE DAVE and is located at https://t.me/DeepStateDave

The Telegram channel operated by Rose is NOT called Deep_State_Dave.

There is, in fact, an account located on social media called Deep_State_Dave – the account is located on GAB and is operated by murderers, kidnappers, domestic terrorists, and extortionists.

The GAB account called Deep_State_Dave has been used to contact investigative journalist and FBI witness Timothy Charles Holmseth, as well as the Trustee of www.timothycharlesholmseth.com, Randi Lynn Erickson.

Holmseth and Erickson have received hundreds of threats and extortion demands from Deep_State_Dave on GAB which include (but not limited to):

On July 23, 2021 Deep_State_Dave on GAB told Timothy Charles Holmseth he fell for the “trap” that was set to connect Holmseth to Attorney Lin Wood and taunted that the next “phase” would now begin. 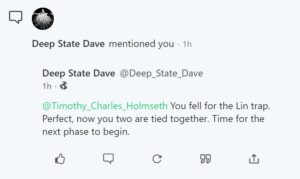 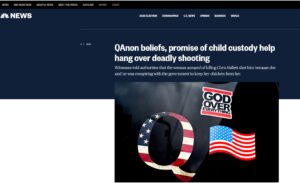