RED ALERT! REPUBLIC OF TEXAS EMBASSY IN KEENE, TEXAS IS A U.N. HEADQUARTERS

The website for the Republic of Texas thetexasrepublic dotcom provides forms for joining their new government. The form provided for the public to report Human Rights violations is a form to be filled out and submitted to the United Nations High Commissioner in Geneva, Switzerland. 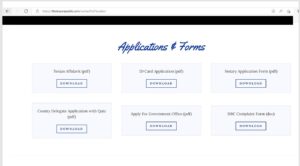 Col. Straight has been gathering evidence and sworn affidavits from eyewitnesses to crimes against humanity (e.g. cannibalism, torture, etc.) under the false guise of being on a Presidential Commission under President Donald J. Trump. Straight claimed he was working under Joint Special Operations Command (JSOC) and said he was turning the evidence over to the U.S. Military.