On February 22, 2018 I received a telephone call from Lawrence Dean O’Bryan, Florida.

During a recorded call, O’Bryan told me he is a ‘special operator’ that was given authority to issues “orders” by President Ronald Regan who created the 28th Amendment after President George Bush Sr. got drunk at the White House and vowed to destroy America.

O’Bryan described the 28th Amendment. “In the event that a rogue president or a rogue government acts to destroy this country overnight, Regan created the Totus Protocol Override for the purpose of removing a rogue president and re-instituting constitutional rule in the United State of America,” he said.

“Bush Senior got drunk at the White House on twelve five eighty-six and told Regan I’m going to destroy this nation when I take frickin president. So Regan got him drunker – got witnesses – and got him on tape,” O’Bryan said.

“The State of Emergency was initially declared on September 21, 2008 – President Bush sent a shit load of Special Operations personnel to Hastings, Florida to kill one candidate Barack Obama the second time he paid me a visit” O’Bryan said. 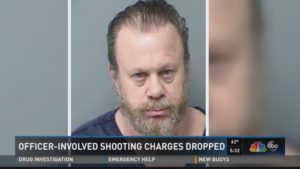 “The reason Regan gave me this authority is I have been on 444 major covert missions at a mind-control level – I have five operational names with six different groups and God protected me on every mission. And Regan said on classified video that the reason he gave me this authority is because God protected me on every mission so if God’s going to save this nation against a rogue president or rogue government he’s going to do it through Lawrence Dean O’Bryan,” O’Bryan said.

O’Bryan discussed a very wide range of topics and said there have been multiple attempts on President Donald Trump’s life.

News reports show Lawrence Dean O’Bryan was arrested in 2010 in Florida after a shoot-out with deputies.

The town of Hastings, Florida caught my (Timothy Holmseth) attention, because during my journalistic investigation into the kidnapping of a five year-old from Florida named HaLeigh Cummings, I learned of a fake pastor named John Regan from Hastings who told many people he was CIA and FBI.

Wayanne Kruger, the protégé of Attorney Gloria Allred, told me John Regan is involved in an international child and baby sales operation that sells children and can get them through the U.S. Embassy. John Regan worked with William E. Staubs (a.k.a. Cobra) who told me John Regan was “hiding out” in Hastings.

Public records requests later revealed the East Grand Forks Police Department deliberately hid the 22-page FBI report by using private Gmail, and giving a hard-copy to Polk County Attorney Greg Widseth, while police and a task force commander, Sgt. Aeisso Schrage, worked with operatives from Florida and Indiana in efforts to frame me for crimes and have me put in prison.

The original recording of the O’Bryan call was published on You Tube and was public until You Tube terminated my account. Twitter, also, has now suspended my account.

Operatives viciously harass any employer that gives me a job.