According to a post on TRUTH SOCIAL by Timothy Charles Holmseth, the United States Department of Justice has been added as a Defendant to a lawsuit filed under the Racketeering Influenced and Corrupt Organizations Act.

“I am the target of the Weaponization of the Federal Government. I am being targeted by SEAL TEAM 6 and a Tier One Operation. SEE COMPLAINT,” said a statement by Holmseth to the U.S. Court.

“It’s all on its way to Jim Jordan,” Holmseth said.

Representative Jim Jordan, Chair of Judiciary and Weaponization of the Federal Government sub-committee, as well as the U.S. Secret Service, were all provided a copy of Second Amended Complaint. SEE IMAGES BELOW

DEVGRU SEAL TEAM 6 are running Tier One Operations all over the country against the American people.” 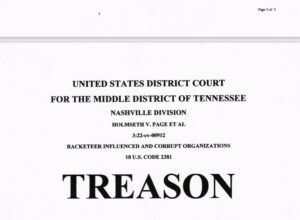 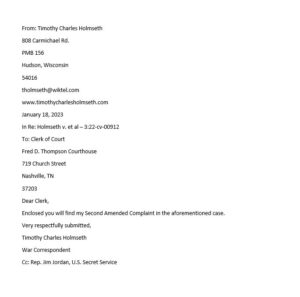 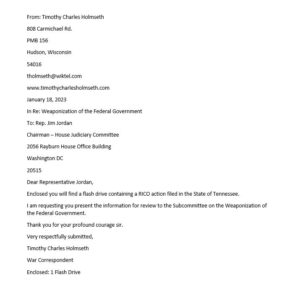