Today the following was posted on the TRUTH SOCIAL account of Timothy Charles Holmseth.

In 2009 I turned over evidence to the FBI about FBI agent “John Regan” (convicted sex offender) and I was interviewed by MN FBI.

In 2020 I discovered “John Regan” is actually one and the same as a FAMOUS FBI agent who has a “passport” made by the “Chinese”.

Was the photo of HaLeigh’s privates the same photo texted to Randy Erickson by Alexandria Goddard? 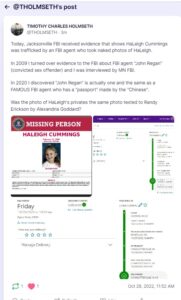 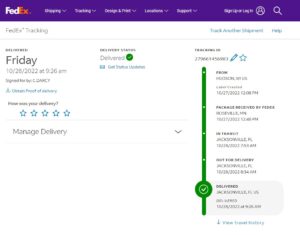 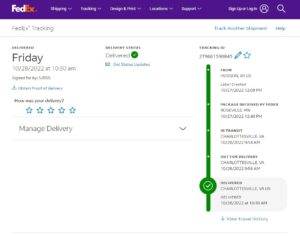