Jerry Wetterling, the father of the missing child Jacob Wetterling, posed in a photograph with two small boys who were wearing shirts that contained pedophile code words.

In an undated photo taken of Jerry Wetterling and his son, Trevor Wetterling, two boys are wearing shirts that refer to “pizza” which is among one of the known code words in the satanic pedophile underground.

The older boy’s shirt says “Friends Come And Go – Pizza Is Forever” and the younger boys shirt says “You Wanna Pizza Me?”

In the pedophile underground this photo may serve as a coded invitation that would involve the two children. 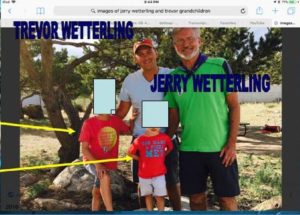 Pizzagate is a term that denotes pedophilia and crimes against humanity that were revealed during the 2016 United States presidential election cycle.

In the fall of 2016, the personal email account of John Podesta, Hillary Clinton’s campaign manager, were obtained by someone without permission and subsequently made public by WikiLeaks.

In an email to John Podesta and Marion Sandler, Herb Sandler said:

I think you should give notice when changing strategies that have been long in place. I immediately realized something was different by the shape of the box and I contemplated who would be sending me something in the square shaped box. Lo and behold, instead of pasta and wonderful sauces, it was a lovely tempting assortment of cheeses, Yummy. I am awaiting the return of my children and grandchildren so we can demolish them.

Thank you so much. I hope you and your gang are well. 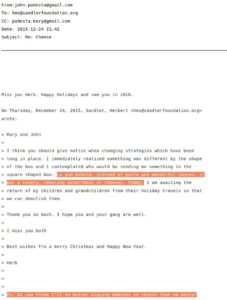 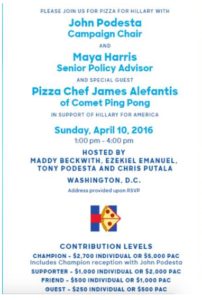 To learn more about the planned kidnapping and ritual sacrifice murder of Jacob Wetterling click here.