Luciferian snake Franklin Graham showed the world who he really is with his recent statement on Twitter where he failed to condemn the election fraud in the 2020 election.

Graham did NOT defend President Trump and the American people in his slimy statement, but rather, used his serpent tongue and spoke like his father the devil. 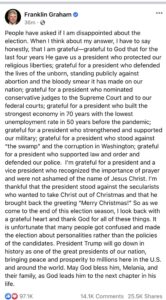 Franklin Graham is so creepy, perverted, demented, and obnoxious that he posed for a photo at Voodoo Donuts where they sell special shaped donuts that look like a man’s penis and testicles (cock n‘ balls).

We learned from high-level intelligence sources that the tents were erected over openings in Central Park that led down to tunnels where babies and children had been held captive for decades.

Franklin Graham is a monster of biblical proportions. 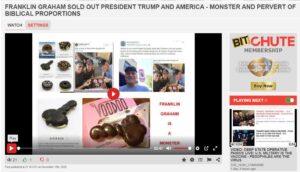