HaLeigh Cummings, 5, was reported missing on February 10, 2009 – an Amber Alert was issued and the story swept the national airwaves but the kindergartner was never found. 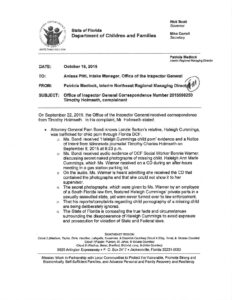 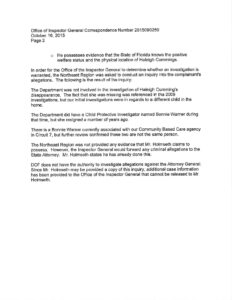 The release of the document comes as General Michael Flynn is exonerated, and all charges against him dropped after evidence revealed he was framed by the FBI.

Evidence shows HaLeigh Cummings was trafficked by the same FBI/CIA networks that General Flynn uncovered, which led to Jeffrey Epstein and babies being sold on the black-market through the Ukrainian Embassy in Washington DC.

Evidence uncovered by the PPTF shows thousands of children were abducted through private CPS who partnered with attorneys and Family Court judges and were trafficked internationally – some of the children were held and tortured in subterranean tunnels and bunkers. 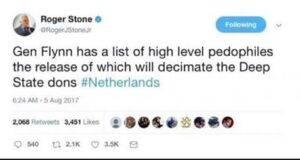