The psycho Navy SEAL who joined FBI, CIA, and others in a coup against President Trump continues to be exposed by those closest to him.

Hillary Clinton’s former bodyguard, Craig (Sawman) Sawyer, CEO, Veterans For Child Rescue, has been called out as a fraud, liar, con man, and in some instances a “human trafficker” and “pedophile” by people from nearly every area of his life.

His daughter, Aspen Sawyer, whose story Sawyer has used to prop up his (fake) child rescue operation, has defined him as “insane”. 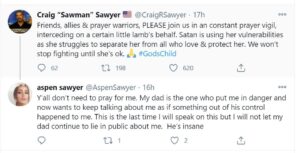 CLICK LINK BELOW TO VIEW VIDEO ON BITCHUTE THAT SHOWS THREATS FROM CRAIG SAWYER AND HIS DOMESTIC TERROR GROUP AGAINST TIMOTHY CHARLES HOLMSETH, HIS CHILDREN, AND OTHERS

Hillary Clinton’s former security detail Craig Sawyer is known to be on GITMO WATCH for his crimes.

And now…his daughter is once again desperately trying to escape his clutches.

Aspen Sawyer, the daughter of the former Navy SEAL who calls himself “Sawyer” and operates a fraudulent child rescue group called Veterans For Child Rescue (V4CR) has once again taken to Twitter against her parents.

“My dad is such a piece of shit. He’s trying to get me kicked out of my own apartment that’s in my name just because I don’t want to go to counseling with him. If you have mentally stable parents please be grateful.. I don’t even speak to mine and I’m still dealing with this shit,” Aspen Sawyer said.

It appears Craig Sawyer is trying to force his daughter Aspen Sawyer into “counseling” to control her, and create documentation that she is mentally unstable, which is a common CIA tactic. Aspen Sawyer was a decoy for Craig Sawyer’s ‘sting’ operations and is a witness to his fraud and crimes.

Craig Sawyer has been directly named and accused by Adrian John Wells, a past victim of Craig Sawyer, as being a “pedophile” “human trafficker” and “kid basher”. 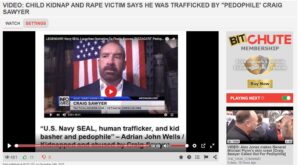 Evidence shows Craig Sawyer is an original coup plotter against President Donald Trump and set up Veterans For Child Rescue with the FBI and CIA as a CIA front to run black ops inside the United States.

PAST POSTS BY ASPEN SAWYER 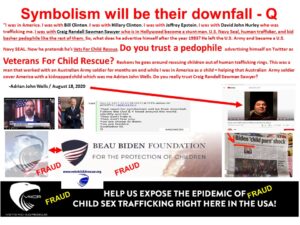 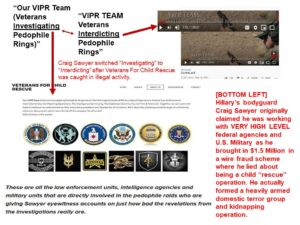 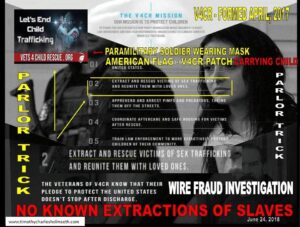 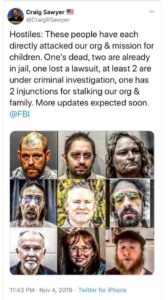