“IF YOU MOVE A CHILD, MAN THAT’S KIDNAPPING” – (WHERE IS ‘MARY’ OF THE CIA FINDERS?)

In 2009 I journalistically infiltrated a worldwide CIA operation called THE FINDERS.

My infiltration and investigation continued and I soon infiltrated a PSYOP called “Q”.

One of the most critical aspects of the Q operation was to hijack me (Timothy Charles Holmseth) and graft me (i.e., my FINDERS investigation and work product and credibility) in to their DARK TO LIGHT plan (i.e., The Great Apostasy) (i.e., preparing the way for Anti-Christ).

During the course of my infiltration and investigation I uncovered and exposed an operation comprised of quasi federal agents and private contractors for the U.S. Military and federal agencies that were trafficking children (and adults) under the banner of “child rescue”.

Oh…baby…I caught them dead to rights. Take it into U.S. Court – stick a fork in it – it’s DONE.

In the course of my work of exposing these fraudulent operations that are using all variations of Hollywood-level techno-witchcraft to trick the public into believing they are rescuing children – I have been contacted by Generals in the U.S. Army, Admirals in the U.S. Navy, high-profile FBI agents, high-profile CIA agents, etc. warning me to shut up. I have been warned I am going to be skinned alive and buried on a U.S. Military base.

I didn’t back down.

I effectively shut down the fraudulent ‘child rescue’ scheme being run by human traffickers that were disguising the trafficking and transfers of slaves as “rescues”.

Jesus Christ has the power to make people say things that they never wanted to say. 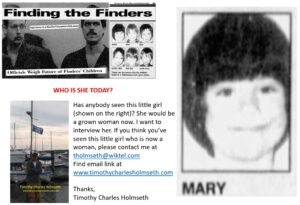