If your child has been ‘legally’ stolen by the government you are no longer alone.

‘Voice for the Voiceless’ is a rapidly growing collective of victims and independent media outlets that has been launched to battle and expose satanic pedophile governments worldwide.

The collective is a partnership of victims, parents, and independent media that are launching an awareness war against the satanic pedophile governments that are harvesting children through Child Protective Services (CPS) in Canada, the United States, and around the world.

Ashley Smith, founder, Voice for the Voiceless, contacted me (Timothy Holmseth) in early January, 2019 to discuss developing a plan to generate some exposure for her group through the independent media.

“At our core we want to provide a place where people experiencing the corrupt system regarding child abuse can come for support, a place to document their cases, have people listen who understand totally what that are going through. Offer advice or information regarding the issues or things we have seen are systemic,” said Smith, who originally formed Ashley’s Army after her own child was kidnapped by the Canadian government.

You can contact Ashley at Voice for the Voiceless at Voice.for.the.voiceless@outlook.com

FIGHTING FOR THE INNOCENT CHILDREN

Smith’s drive to fight for the innocent children was instantly recognized by Daniel Patrick, a prayer warrior with healing gifts who contacted timothycharlesholmseth.com after speaking with Smith. “I need you to talk to this woman Tim – her name is Ashley – please take her call,” Patrick said.

I did and it took off instantly with an invitation to appear on Field McConnell’s popular program Abel Danger. McConnell brought Patrick and I (Timothy Holmseth) on his program to discuss some ideas Patrick had for unifying independent media. McConnell is the founder of ‘The Children Crusade’ – learn more about that at https://livestream.com/abeldanger

Today, Smith appeared on the You Tube program hosted by evangelist Daniel John Lee, founder of Torah Restoration Ministries. Smith and Lee discussed how the government in Canada has a “playbook” they follow and how they use “a handful of plays” to kidnap children and attack parental victims as they protect their pedophile operations from exposure and prosecution.

CPS has “been used to take children that are not in danger” Smith explained, adding that a person who tries to expose the satanic pedophile network will find they are being hunted by the government. “They target you for ultimate destruction,” she said.

Smith said she submitted a Statement of Claim in a federal Canadian court questioning the (illegal) police power of child protection agencies.  “They can come into your home – take your children – there’s no – they don’t need a warrant – they don’t need any evidence. And this was put into place in order to protect children so if there was an emergency they could step in and protect them but its been used to take children that are not in danger,” Smith said.

“When I was in court one of these times the uncle-in-law was there on the outside of the court and he was sitting there chatting about this ‘little doctor island,'” Smith said. She said she went home and researched what he was talking about and discovered he was talking about  Little Doctor Lake which is a fly in only lake that is hot-spot for Prince Andrew, Prince Charles, and ‘Daddy’ Trudeau. She pointed out Prince Andrew also frequented Epstein Island.

“There’s also a picture of this man who was bragging about this, wrapping – tying, a rope around my youngest (child’s) arm. He was only about one and a half at the time and they put it online,” Smith said, noting this is how sick satanic pedophiles advertise to each other right out in the open. 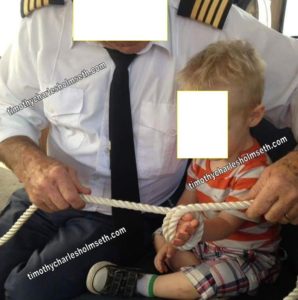 Timothycharlesholmseth.com plans to work with ‘Voice of the Voiceless’ in exposing the names of judges, police, CPS social workers, and any others involved in kidnapping and abusing children.

Continue to visit timothycharlesholmseth.com where we plan to set off never before seen fireworks.