Evidence of significant anomalies in the shooting death, and subsequent investigation of a Congressional Oversight Defense Contractor from Marion County, Florida continue to emerge.

Christopher Hallett, CEO, E~Clause LLC, was shot and killed in his home on November 15, 2020.

Yesterday we reported, DEVELOPING: Victim of Florida shooting dubbed the ‘QANON Murder’ by media was a “Congressional Oversight Defense Contractor” working on matters of NATIONAL SECURITY! 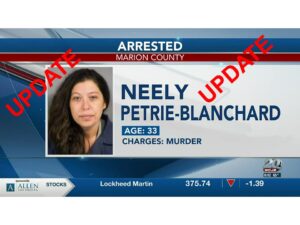 And now – there is more news.

We have learned from a very reliable source that Shannon Mutter-Tanis, the eyewitness who called law enforcement on November 15, 2020 to reports shots fired at the Hallett home, and pointed out Neely Petrie-Blanchard in a photo line-up as being the person she saw standing over Christopher Hallett holding a gun, says she could not get through to 911.

Here’s what we know:

Shannon Mutter-Tanis claimed she tried to call 911 but could not connect. She said that because her phone was from out of town it would not connect to the tower to relay. Tanis claims she spent seven minutes trying to get somebody to call her back from 911.