The following videos appeared on a Bitchute channel called The_High_Command 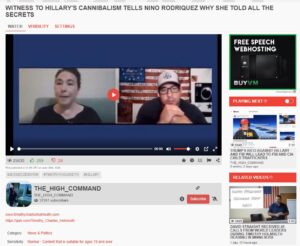 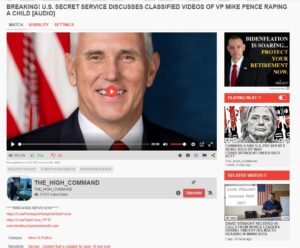 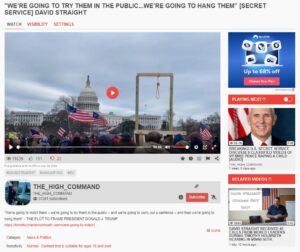 The Achilles Tendon of the evil System is their trafficking operations because it is used to fund operations, and, because any massive exposure of the crimes against humanity against babies will cause the most docile and brainwashed members of society to suddenly wake up and surround the enemy and destroy them in the same way they destroyed the babies and children.

The key figures and main players began to emerge in the months, weeks, and days leading up to January 6, 2021.

To understand how the System is being taken down by President Trump and his true MAGA followers you can begin with the following information.

On July 10, 2022, I reported, JOURNALISTIC INVESTIGATION INTO ‘MADYSON MARQUETTE HER NEWS’

“Based upon STRONG EVIDENCE I am initiating a journalistic investigation into the organization called UNTRAFFICKED”.

Evidence shows there is reason to think and believe UNTRAFFICKED is a criminal organization created and operated by international human and child sex traffickers who believe they are facing imminent arrest for human trafficking and Crimes Against Humanity.

It appears the traffickers are attempting to create a ‘defense’ in advance of their imminent arrests.

The first part of the ‘defense’ – in sum and substance – is going to be the assertion that they were/are not human traffickers, but rather, they have been operating “rescue” operations of trafficked humans in good faith.

The second part of the ‘defense’ is that the trafficked victims are not being held captive against their will, but rather, they are being “transported” in good faith by aircraft and held in “safe houses” where they receive “long term care”.

The “Good Faith” defense is a false defense. The defense is intended to avoid prosecution for human trafficking and Crimes Against Humanity.”

On February 14, 2022, a video entitled “WHEN YOU SEE ALL OF THE PLANES” – ALLEN WEST [TEXAS DEEP STATE ALAMO] [UNTRAFFICKED] appeared on a Bitchute channel called The_High_Command. 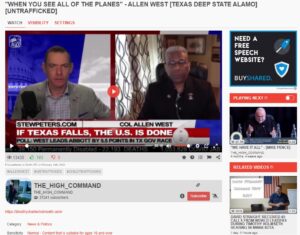