Craig (Sawman) Sawyer, founder, Veterans For Child Rescue Inc (V4CR), Arizona, openly admitted on GAB social that he, and/or law enforcement he is working with has “allowed” the “cartel” to hand off kids on the U.S. side of the U.S./Mexican border.

Sawyer, a former Navy SEAL and CIA contractor, has never rescued any children since setting up V4CR in April of 2017.

Sawyer publishes videos of himself  working alongside law enforcement in Webb County, Texas during operations funded by FEMA under money allotted for OPERATION STONE GARDEN.

Sawyer recently published a video and angrily admitted he was working on ‘border ops’ when a U.S. Border Patrol agent reported him (Sawyer) to headquarters for an unspecified reason. 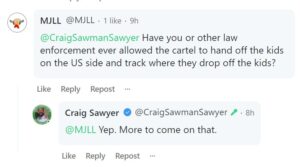 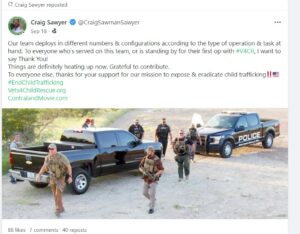 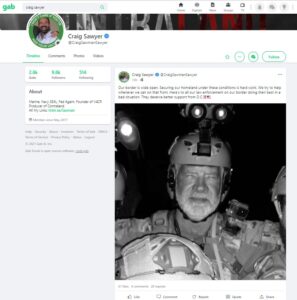