The following was posted on the Truth Social account of Timothy Charles Holmseth, today. 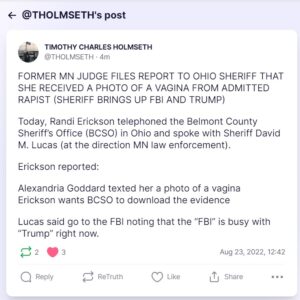 Lucas said go to the FBI noting that the “FBI” is busy with “Trump” right now.