Per my present investigation of War Crimes, I have discovered evidence that supports:

Five men sit on what is called the Merlin Council.

The Merlin Council’s purpose for the System is to ensure the Anti-Christ arises (Merlin knows the identity of the Anti-Christ) and that everything for the Anti-Christ’s position is in place to bring forth the kingdom known as The Beast. Merlin reports directly to Lucifer himself.

I am investigating information and evidence that the Priory of Sion were hiding Nazi’s who were engaging with children with the US Military and government in Experiments, Projects, Satanic Ritual Abuse, and sexual trafficking.

Evidence shows the Priory of Sion has been silencing children and adults through torture and murder who have stepped forward to break the silence and report crimes.

Evidence shows the Prior of Sion has attempted to assassinate President Donald J. Trump multiple times beginning in 2016.

Evidence shows the Merlin Council has used the U.S. Military under the jurisdiction of Department of Defense and Defense Intelligence Agency to convert children into weapons of war. The children were then sold on the market.

Evidence shows the Merlin Council oversees the Genesis 6 Breeder Program. This Program was financed in large part by George Soros and was a Guardian of the Phoenix position until he was replaced by Barack Obama.

The oldest Genesis 6 Breeder Program is located at Nimrod’s Hill near the Temple Mount in Israel. At Nimrod’s Hill Breeder Program, there is a massive underground (WORLD) Governing Base. There is also one in Illinois located near the Islamic Community Center. There is one in Antarctica, and another underground near the Christchurch Al Noor Mosque and Linwood Islamic Center in New Zealand. 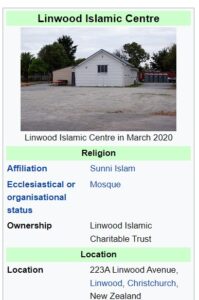