The murder of George Floyd by a corporate policy enforcer (i.e. Minneapolis cop) employed by the corporation of Minneapolis has brought the eyes of the country onto the State of Minnesota.

Chris Hallett, CEO, E-Clause, is authorized by U.S. Congress to do loss prevention for the United States government. 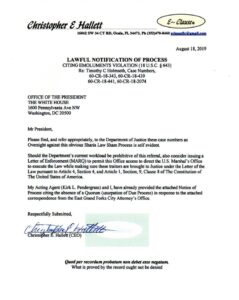 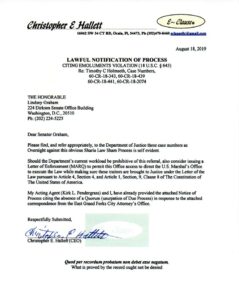 While the Minnesota BCA and FBI are reportedly going to investigate the death of George Floyd – there is strong evidence there elements of BCA and FBI are compromised and corrupt.

In 2009, Holmseth began conducting recorded interviews in a national profile kidnapping that led to actionable evidence of a child procurement operation that was supplying children to Jeffrey Epstein and Ukraine. 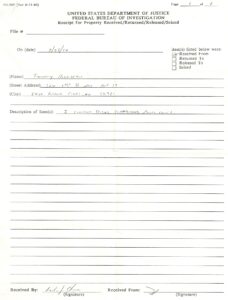 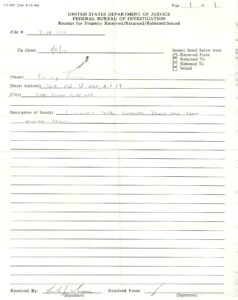 In 2012, the East Grand Forks Police and Pine to Prairie Gang and Drug Force raided Holmseth’s home wearing bullet-proof vests and seized his computer, which they subsequently covered with BCA evidence stickers.

The BCA had nothing to do with it.

Holmseth contacted the BCA and Andrew Evans, director, advised Holmseth the BCA had no clue what Holmseth was talking about.

Evans asked Holmseth to email him photos of the BCA evidence stickers. 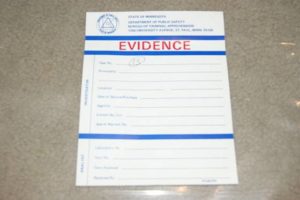 Evans said the BCA had never been asked to search Holmseth’s computer and the BCA had not given the police in East Grand Forks permission to use their evidence stickers. 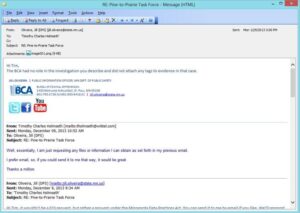 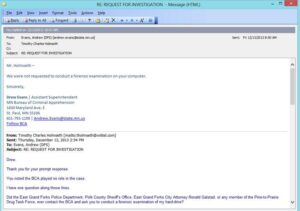 Holmseth filed many complaints but the BCA took no action.

Making a Murderer in Minnesota

Making a Murderer in Minnesota – the Illuminati plot that failed