Evidence shows WAL-MART is actively conspiring with elements of the mainstream corporate media to exploit COVID-19 health fears for the purpose of inciting panic, causing violence, and to create emergencies where non had existed.

An investigation by the Pentagon Pedophile Task Force (under Joint Special Operations Command) has obtained internal WAL-MART documents that reveal the major retail corporation appears to be strategically executing actions that will cause violence and mayhem across the country.

Note: The Pentagon Pedophile Task Force under Joint Special Operations Command and Presidential Executive Order is investigating many corporations based upon actionable intelligence that shows major corporations are kidnapping the People and engaging in human trafficking and serious human rights violations.

OPPOSITE MESSAGES ON NOMENCLATURE

Between July 16 – 19, 2020 investigations were conducted at several WAL-MARTS in multiple States.

On July 18-19, 2020 footage was gathered at a single WAL-MART that revealed any customer walking into the store was being peppered with conflicting messages about health and safety and rules regarding face coverings.

In only a matter of seconds a customer is hit with multiple messages about health and safety and COVID-19 – some of the messages are exact OPPOSITE from the other. 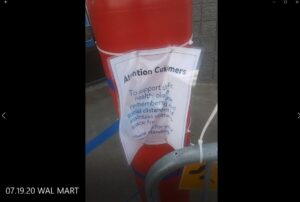 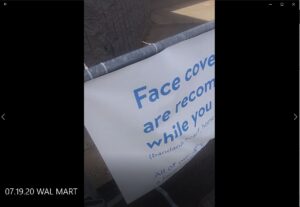 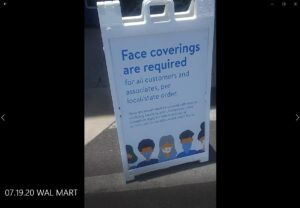 During the in-store investigation on July 18, 2020 a man wearing a mask proactively alerted two task force agents that he believed masks were required.

During the in-store investigation on July 19, 2020 an elderly woman approached a task force agent that was filming a store sign and aggressively said, “where’s your face covering?”

The signs put out by WAL-MART are clearly confusing people.

WAL-MART has announced to the entire nation that customers will be “Required” to wear a face covering/mask to help stop the spread of COVID-19. The mainstream media has amplified this announcement. 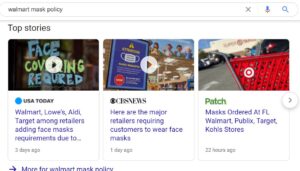 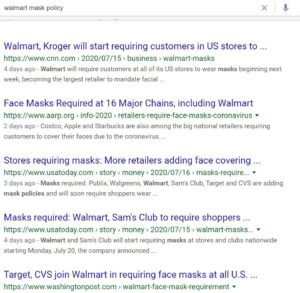 The Pentagon Pedophile Task Force obtained an internal memo that reveals “Security Guards” are instructed to not interfere with a customer who does not want to wear a face covering.

In a document entitled “Your Role as a Security Guard Providing Mask Screening Services”  it states in part “If a customer that has not expressed age, religious beliefs, or health conditions refuses to wear a face covering, allow them to shop.” 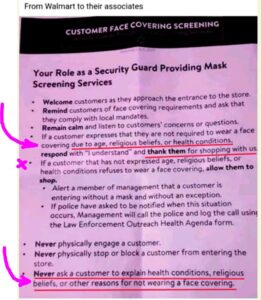 MEDIA REPORTS: VIOLENCE AND CHAOS BREAKING OUT ACROSS THE NATION IN WAL-MARTS REGARDING COVID-19 FACE COVERINGS DISAGREEMENTS 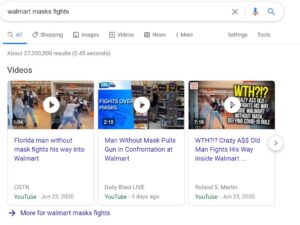 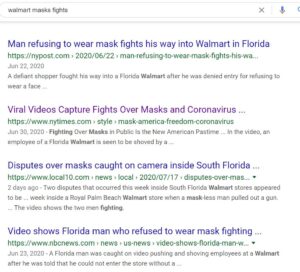 Evidence shows WAL-MART and the mainstream media are engaged in sedition and have declared War on the People.