The following posts appeared on the GAB account of Timothy Charles Holmseth.

“ISAAC KAPPY IS ALIVE” ON A U.S. MILITARY BASE (ACCORDING TO DAVID STRAIGHT)

David Lester Straight told me Isaac Kappy is alive on a U.S. Military base.

Evidence shows Straight is a private contractor who committed Top Secret assassinations for U.S. Presidents since at least the 1980’s.

Straight recently admitted he was never a Navy SEAL or a federal agent after he was confronted about his lies by former Navy SEAL Don Shipley.

It is suspected Straight pushed the Navy SEAL hoax because he planned to claim the murders he committed were done in the line of duty and that he was simply following orders. 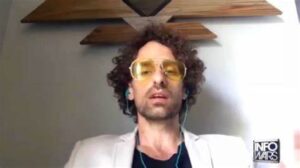 U.S. CONGRESSMEN RIPPED APART A LIVING BABY WITH THEIR TEETH WHILE THEY SNORTED COCAINE AND PLAYED OPRA MUSIC

O’Bryan told me he was a special operator and assassin for the U.S. Military at the “mind control level”.

O’Bryan said he worked directly for Presidents right out of the Oval Office. News stories in Florida reveal O’Bryan was arrested in Florida and locked in a mental institute for seven years.

My research and investigations led me to conclude that O’Bryan was set-up by law enforcement and put in a mental ward (common Deep State tactic) because he was revealing secret government programs.

In 2019 David Lester Straight told me posed in a photograph with Lawrence Dean O’Bryan in [I believe] Panama.

I believe David Lester Straight is part of a secret government assassination team and that’s why he knew O’Bryan decades ago.

David Lester Straight openly brags in his video-taped seminars that if somebody crosses him, they will wake up and find him standing over them, by their bed.

David Lester Straight told former Minnesota judge Randi Lynn Erickson and Timothy Charles Holmseth that he kills people in their homes. Because Straight claimed he was a former “Navy SEAL” his statement of killing made sense. However, he has recently admitted publicly he has never been a SEAL, nor has he been a federal agent.

David Lester Straight told me (Timothy Holmseth) how he can murder somebody and cover the fact he was ever in the area of the crime. He told me he filled 5-gallon gas cans and put them in the trunk, so he never had to stop for gas. He said he dumped the vehicle in a body of water such as a gravel pit.

DAVID LESTER STRAIGHT WARNED FORMER MINNESOTA JUDGE RANDI LYNN ERICKSON HE HAS “NAKED PICTURES” THAT HE WILL FILE INTO THE U.S. COURT IF HE’S ARRESTED

Today, David Lester Straight warned former Minnesota judge Randi Lynn Erickson that he has “naked pictures” that he will submit the U.S. Court if he is arrested.

“Your naked photos will go well in court,” Straight said.

Erickson is a federal plaintiff who escrowed crimes against humanity affidavits and submitted the evidence to the Criminal Investigation Division (CID) at Fort Campbell, Kentucky.

For more news and information go to www.timothycharlesholmseth dot com

Also go to The_High_Command on Bitchute 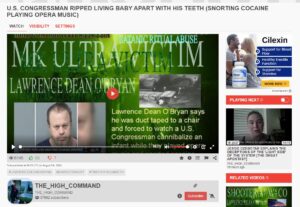 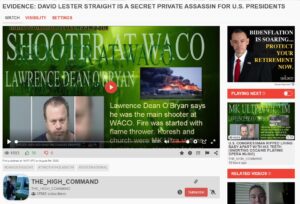