Do you remember the television show ‘Survivor’?

Do you remember how the contestants would form little alliances as they developed diabolical plans to screw each other over in hopes they could survive until the end? 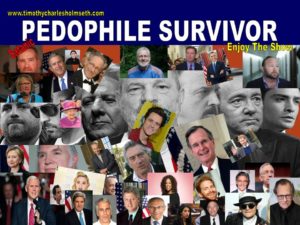 What do individual criminals do, when everyone in the larger group of criminals they associate with, all realize they are going to be arrested?

There’s no such thing as ‘Trump Derangement Syndrome’ folks. It’s called ‘Shit I’m Going To Prison For The Rest of My Life Because I Rape Children, Drink Blood, and Eat Babies’.

Let me tell you something.

Alex Jones (Bill Hicks) has frequently and accurately reported on child sex trafficking and the unspeakable horrors inflicted upon children caught up in the satanic child sex trade.

Have you ever wondered how Jones/Hicks knows the smallest graphic details of a child being tortured in a dungeon for weeks as the child screams for their mommy? He actually changes his voice and growls as he acts out the actions of a satanic sadist torturing a child (e.g. with pliers) and notes how the child is told their mommy is coming to get them soon – just to watch the child have hope.

Watch Jones/Hicks talk about it sometime. He always says he knows these things from ‘high level sources’.

Of course – Jones/Hicks also openly admits his family is associated with the CIA and he is a Freemason (he says he’s one of the ‘good ones’).

Have you ever wondered what suddenly inspired a C-grade Hollywood actor and former bodyguard to Reptillary and McStain to (retroactively) realize his entire life goal is to save innocent children held in cages?

I’ll give you a hint. 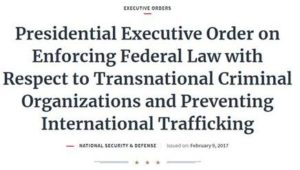 Picture getting a little clearer?

Yesterday, I let you know that Vets For Child Rescue is little more than a Twitter account operated by Sawyer and his wife when I published ‘Famous Navy SEAL that operates Vets For Child Rescue accused of rampant fraud by Board member – Suspicion of pedophile operatives inside mainstream media mounts’.

Have you ever wondered why Sawyer and Jones/Hicks would suddenly blast all over the media that they created a child rescue operation?

There is no evidence Sawyer and his band of loser CIA rejects ever rescued a single child.

Jones/Hicks and Craig Sawyer probably won’t last until the end.

As Q says… enjoy the show.