The following summary was reportedly prepared by a former employee of Craig Sawyer, CEO, Vets For Child Rescue. It contains bank records and an explanation how Sawyer set up his scam.

Sawyer is the former bodyguard of Hillary Clinton and set up V4CR shortly after Clinton lost the election to President Trump.

Let that sink in.

Nothing to see here, if you question Craig Sawyer, YOU’RE A PEDOPHILE!

If someone knew where to look, who to talk to and what questions to ask, I think don’t think Craig would be allowed to run a nonprofit and might even be in jail. I’m sorry I don’t want to be interviewed, I just want to forget that I was ever associated with the Sawyer’s. I see what he’s doing to you and his ex employees, it’s just pure evil but not surprising at all. Here are a few documents that might help reasonable people understand who Craig really is.

Craig never wanted to save kids, this was never about his daughter, that’s a fake narrative that no one would dare question him on. This is all about money and the Sawyer’s can’t get enough. V4CR was pretty much founded by Alex Jones to expose Satanic Ritual Abuse in the Democratic Party, Washington and Hollywood. Craig and Alex Jones were going to tell big stories, conduct major investigations and make big money on royalties off the program by setting up a shill company called a ​“Sole Purpose Entity” (SPE)​, See ​Exhibit A (Sawyer’s Sole Purpose Entity For Non Profit Film Royalties)​

But when Craig learned that he could not be paid as a Board Member of V4CR he was pissed and came up with a plot to instead pay himself ​$4,000.00 a month​for “Security Services” and find a film production company that would give him an additional huge kick back of ​another $7,000.00 a month​that would be ​hidden from the public​.

He couldn’t find a production company that would take so little pay to travel all over the world, put themselves in harms way [without insurance] AND that would also give him a portion of the production budget. So he instead took advantage of a young filmmaker that didn’t know any better (his friend) Christian Caballero at DreamArc Productions.

Once the deal was inked ​Craig demanded he be paid $7,000.00 a month from the already low Production budget for “security”​and checks couldn’t be made out to Craig personally, they had be laundered through “CRS Security International” his single member shill company so that in his words the “uneducated $5 a month donors” would not know how much he and his wife were personally extracting from the non profit organization. See ​Exhibit B (Sawyer Hidden Funds, Checks)

I’ve talked to people on the inside, the real story is the production company didn’t quit, Craig refused to pay the final two bills of $45K unless he got his cut of the profits. Instead of paying his bills to the team that built V4CR he bullies them and threatens them with criminal charges and lawsuits. That’s all he knows how to do, break and destroy everything and everyone around him. He really is a disaster but hey everyone can get behind a SEAL saving kids and if you question him, YOU’RE A PEDOPHILE!

If Craig doesn’t want to pay you he threatens to ruin your career instead. He did the same thing to me when I decided that I would no longer be associated with V4CR. He slandered me for embezzling funds and told lies about me to everyone we both knew but he still hasn’t taken me off of their board of directors!

Craig has done nothing himself because he really has no idea how to lead a team, that’s why almost everyone that works with him quits. He only knows how to takes credit for other people’s accomplishments while he screws them on the pay that they have earned. This is Craig Sawman Sawyer’s well established pattern of behavior evident by the trail of failed relationships in his wake.

The house of cards is imploding fast. They won’t do anymore stings, Craig had nothing to do with actually running stings but says he runs investigations with the Feds… it was the Private Investigator that ran those and she quit Craig. You won’t ever see the mysterious VipR team because they’re just Craig’s old buddies that take pictures with him and remember the good ol days. What has he done since almost every member of his team quit on him for being a fake? Hang out at NASCAR. He works out of his house in Tucson and shares posts on Twitter of missing kids to raise awareness. 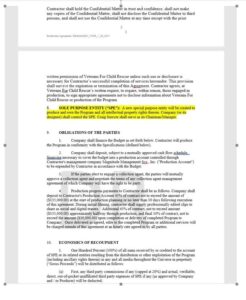 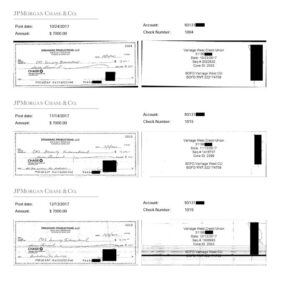 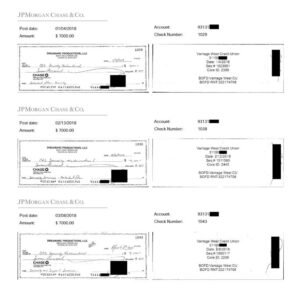 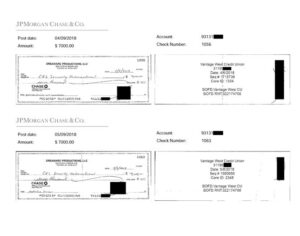 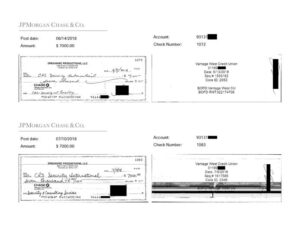