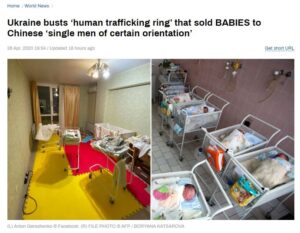 During my journalistic investigation into the kidnapping of HaLeigh Cummings in Florida which began in 2009, I uncovered a black market baby sales operation being run through the Ukrainian Embassy in Washington DC.

I learned the details from Hillary Clinton-associate Wayanne Kruger who provided me details of a convicted pedophile fake pastor named John Regan who was with CIA and FBI and reported to Washington; worked with the legal community in Broward County, Florida and Florida DCFS (CPS) to kidnap babies and route them to Ukraine.

I was kidnapped and imprisoned multiple times in Minnesota by local police in East Grand Forks who claimed they possessed a court order from a Family Court in Broward County that stated I could not talk or refer to the facts of my investigation in any way.

My ‘crime’ was literally talking. 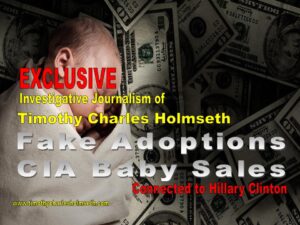 Below is an edited version of some of my interviews.