I have filed multiple reports on the PSYOP regrading JFK Jr. and the Jesus Strand hoax. I reported that I infiltrated that U.S. Military-connected operation being run through the intelligence community. I reported David Lester Straight brought a woman named Marcella Crandall into the PSYOP and said he was “Mary Magdalene” carrying the Jesus Strand.

Below you will see Marcella Crandall publicly states she works for David Lester Straight. 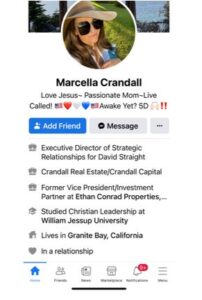 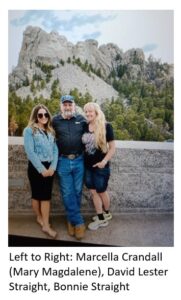