SPOILER ALERT: This case is a CHILD RAPE COVER-UP.

When the United States Congress jumps into pending criminal cases involving child torture and rape – it’s time to talk about pedophiles in government.

We’ll start with a question.

Will existing, and or future investigations, reveal Democratic New Jersey Congressman, Tom Malinowski, has engaged in very disturbing crimes including, but not limited to, crimes against children?

Malinowski, through his recent actions, wants the American public to ask that question about him.

Malinowski recently authored a Resolution wherein he seeks to use the 116th United States Congress to protect, what a world of evidence proves, is a Racketeering Influenced Corrupt Organization (RICO) operation comprised of corporations (privatized Child Protective Services – CPS) engaging in organized child rape, kidnappings, and trafficking of children. 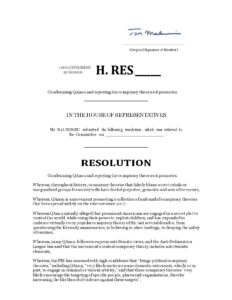 So, what is Malinowski up to?

While Malinowski doesn’t appear to be concerned about ANTIFA or BLM, armed militant terror groups that are burning, looting, killing, and terrorizing the population; and engaging in warfare against the United States in violation of the Insurrection Act; he’s got his little grundies in a bundle over QAnon.

Malinowski supported his resolution to condemn QAnon wherein he included a line item that said, “a woman in Colorado arrested in 2019 for plotting an armed raid to kidnap her child, who had been taken from her custody;

Malinowski is referring to the case of mother Cynthia Abcug in Colorado – a case that reeks of very convenient, while yet, wholly unproved, ‘allegations’ .

Malinowski has used the power of the United States Congress to declare Cynthia Abcug guilty via a Resolution condemning her – before her trial.

Therefore, the Abcug case must be immediately dismissed.

But let’s take a peek into the little mind of Malinowski.

…taken from her custody…

Remember, this is a U.S. Congressman – not a 5th grade kid in an ill-fated attempt to show off his use of big people words.

This guy knows EXACTLY what he’s talking about.

Malinowski chooses not to elaborate on what “taken from her custody” exactly means – but its very clear that he believes mothers and fathers in the United States shall immediately yield up their children to anyone who comes to take their child.

…taken from her custody…

Does Malinowski mean Abcugs’ child was “taken from her custody” in the same way Charles Augustus Lindbergh, Jr., (the Lindbergh Baby) 20-month-old son of Charles Lindbergh was taken from her/his parents custody? 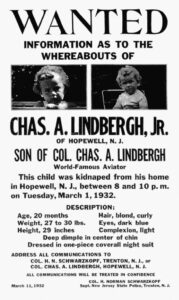 Yep – its called kidnapping when somebody comes to the home of another and seizes their child.

Malinowski’s decision to include his one-liner about the Abcug baby, is either evidence that he is grossly incompetent, or, that he is a very, very sick man that believes children are ‘free for the taking‘ from their parents under certain circumstances (circumstances to be determined by millionaire and billionaires operating corporations such as privatized CPS).

Abcug has been charged in Colorado with plotting to kidnap her child back from foster care – allegedly with the use of a “gun”.

The unproven allegations, from those doing the alleging, include convenient claims of a conspiracy involving QAnon supporters.

SPOILER ALERT: This case is a CHILD RAPE COVER-UP.

In 2019, Abcug appeared as a guest on a radio program called ABEL DANGER, hosted by Boeing Whistleblower and child advocate Field McConnell.

Abcug told McConnell, live on air, that her son was being sexually abused outside of her care. She told McConnell about an incident where she was able to visit her very small son. She said the small boy had supposedly been taken to Disneyland by his caregivers but returned with no sun tan whatsoever. He told his mother he could not sit down and his “sphincter” hurt.

Most adults don’t even know the definition of the word sphincter. Yet, this little boy used the word and said his “hurt”.

Abcug was exposing the identity of the individuals she said were raping her child.

Malinowski’s choice to include the case of the Abcug baby to attack QAnon contains yet another glaring sign that he is either grossly incompetent, or, is a very sick man with an agenda that does not reflect the interests of the American people.

CASTLE ROCK, Colo. (AP) — A Colorado woman accused of working with supporters of QAnon to have her son kidnapped from foster care can be put on trial, a judge ruled Thursday. Judge Lawrence Bowling admitted his decision was a “close call” because the prosecution did not definitively lay out Cynthia Abcug’s role in the alleged conspiracy with supporters of QAnon, a far-right conspiracy theory centered on the belief that President Donald Trump is waging a secret campaign against enemies of the “deep state” and a child sex trafficking ring.

What did the judge say?

Did the judge say the prosecution didn’t lay out “Cynthia Abcug’s” role in the “alleged conspiracy”.

Cynthia Abcug is the woman charged.

The judge is already saying there is no evidence of anything involving QAnon.