President Trump announced during a meeting attended by the press that major changes are coming for CPS and foster care.

That’s because President Trump knows children are being abducted by CPS – then trafficked into foster care where the babies are raped and beaten and tortured.

Trumps actions sparked panic by pedophiles in government who panicked.

Today, Paula C. Blades released EXPLOSIVE interviews with Abcug that reveal Acbug’s special needs child was being raped and beaten in foster care after the child was diabolically kidnapped by CPS.

Daily Beast specifically targeted Cynthia Abcug, a mother from Colorado who has been, obviously, falsely accused of non-existent crimes. 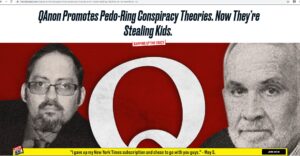 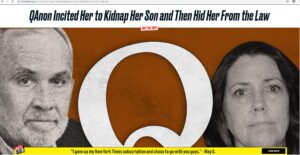