“So your having a breakdown…so you’re losing the fight” – M. Etheridge

All hell is breaking lose in the international child trafficking community.

The rapidly changing climate regarding crimes against children and planned child abductions from innocent parents by privatized corporations such as CPS and Police (private corporate policy enforcers) for purposes of child sex trafficking, has been putting a damper on the once comfy lifestyles of the sick and demented.

So much is happening in the world under President Trump’s war on psychotic child predators.

Nancy Grace’s hyperactive little friend Levi Page has reportedly been seen crying and calling a hotline. Page’s mentor, Filthy Murt, said something about Page and an MMPI test but there’s no confirmation on that. 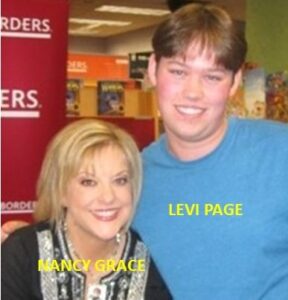 According to reports, Page might have actually only been on the telephone with Filthy Murt, but at the very least, he’s pretty pissed off.

As most know, Page is notorious for sexually harassing children online and telephoning a kidnapping witness (HaLeigh Cummings) with threats to shut up about the case.

Page claims to factually KNOW HaLeigh is dead (although she is classified as missing).

According to a report from the police in East Grand Forks, Minnesota, in 2011, Tina Church, president, Specialized Investigative Consultants, Indiana, called and said “Tim Holmseth” had a missing child named “HaLeigh Cummings”  in his home – causing police to be dispatched. 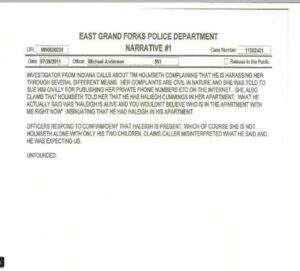 Church later claimed during a recorded call that she was impersonated by a woman from Florida who made the call to the police along with “Levi Page” who was on a second phone line.

Page’s personality has been described by past acquaintances as a combination of ‘Plankton from Sponge Bob’ (who wants to rule the world) and ‘Mango from Saturday Night Live’.

In 2011, Page and Church warned award-winning news reporter and FBI witness Timothy Charles Holmseth that he (Page) was going to take Holmseth down on his “show” and talked about Holmseth’s minor children (as he did in many, many threatening phone calls to Holmseth). 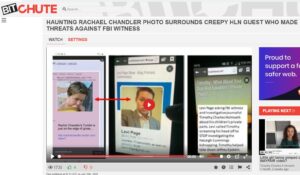 Page’s show hasn’t exactly become the blockbuster powerhouse he believed it would be and some believe this is what caused his reported breakdown.

This was recently spotted on Page’s You Tube channel (see photo below). 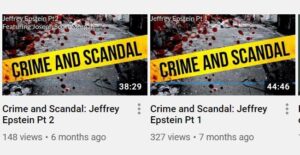 People who viewed Page’s best efforts said they felt “violated” by Page who should’ve known better than to publish those videos (or at least had somebody close enough that loved him him enough to sit down and have a heart to heart talk with Page about journalism possibly not being his niche).

It has been reported that Page’s show called ‘Wha Happened?’ was cancelled due to total lack of interest. 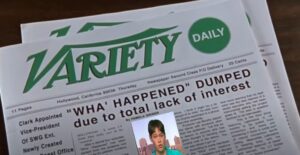 Page’s show is not called ‘Wha Happened?’ and this appears to be a reference to a Fred Willard scene from the movie A Mighty Wind. It appears somebody is implying Page is Willard.

Page issued a press release through Filthy Murt (Filthy Murt also does press releases for Craig Sawyer, Veterans For Child Rescue) stating his show has not been cancelled.

Many believe Etheridge would be pretty pissed off that Filthy Murt was using her music to comfort MONTAGRAPH who created a child torture film with a little girl tied to a chair who has never been identified by law enforcement.

Filthy Murt reportedly did not include Nancy Grace on the Cc list to the Etheridge video.

However, there are rumors Grace is pretty pissed off because somebody connected to The White House said she (Grace) won ‘first place in the pig contest’ and referred to the video where Grace farted on live television.

Confession of serial killer expected to result in arrests by U.S. Military