Records of Crimes Against Humanity and inhumane medical experiments on children connected to Ukraine, going back as far as 1983, appear to have been hidden from the world.

And that’s just the tip of the iceberg.

Here is what we know, so far.

Court records NEVER BEFORE SEEN BY THE AMERICAN PUBLIC detail eyewitness accounts from victims who described being subjected to unspeakable torture as part of experiments by the U.S. Military, as well as foreign military of U.S. allies.

Preliminary journalistic investigations reveal the U.S. Court inexplicably sealed MOTIONS, AFFIDAVITS, and evidence filed by a former Minnesota judge, pertaining to U.S. Special Forces and federal agents who trafficked children in and out of U.S. Military bases and around the world.

Evidence eventually emerged that indicated Straight is a human trafficker, foreign agent, and a spy. 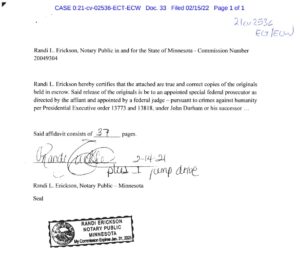 CONSPIRACY AT THE HIGHEST LEVELS OF GOVERNMENT

Evidence shows there may be a conspiracy at the highest levels of the federal government to conspire with foreign powers to suppress the evidence and assassinate all the witnesses. The conspiracy, some of which is detailed in federal RICO claim Holmseth v. Page et al 3:22-cv-00912 – Tennessee shows the operations may involve retired General Michael Flynn and others. 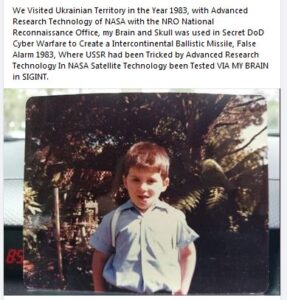 U.S. Court records show Adrian John Wells, Australia, publicly states he was trafficked by an Australian military officer in 1983. Wells said he was kidnapped and brought to the United States. Wells names his traffickers who he said raped and tortured him and used him in medical experiments which included the ‘weaponization’ of a child. Wells is able to provide specific details of TOP SECRET government programs and AREA 51.   SEE BELOW 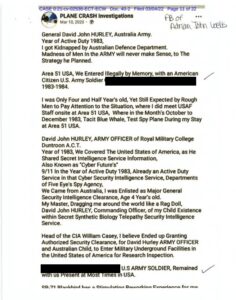 Wells also recalled being raped in a bed that may have been in the New York apartment of then Senator Joe Biden. 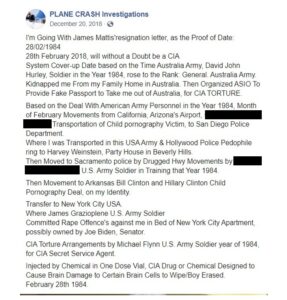 THE U.S. COURT ACTION WAS A PLEA FOR HELP BY A TARGTED JUDGE WHO WAS/IS HIDING FROM SEAL TEAM 6 OPERATIVES