Weaponization of the Federal Government

In 2018 Timothy Charles Holmseth, War Correspondent, launched an investigation into a Crimes Against Humanity case that surrounded the family of Anne Hanly.

Hanly is the daughter of a military officer in California who had ‘Q’ clearance – and whose family appears to have been victims of a Nazi mass-experiment comprised of rituals, rape, torture, and murder.

Hanly was tortured his whole life and died in U.S. custody in 2022 as his sister, Anne Hanly, was fighting for his release.

This is a developing story regarding the Weaponization of the Federal Government. 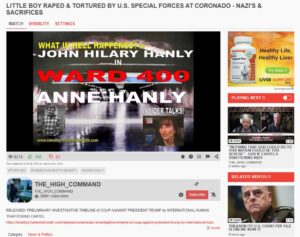