The Colorado man under scrutiny of the Pentagon Pedophile Task Force goes by the name Montagraph on the Web. Records show Montagraph has had three names which are Dale Ellis Bennett; Roy Warren Marshall; Steve Quest. He is believed to be 56 years old. The symbol he uses on the Web is a ‘hand’.

Montagraph’s possible involvement in the murder of JonBenet Ramsey was brought to the attention of Investigative Journalist Timothy Charles Holmseth (this writer) when NSA whistle blower, Kevin Flynn, contacted Holmseth. Flynn told Holmseth he believed Montagraph was tazing JonBenet Ramsey with a stun-gun during an “MK Ultra basic training session” the night the child was murdered.

The possibility JonBenet Ramsey was being tortured with a tazer was something Holmseth had heard during prior interviews he conducted with MK ULtra survivor Cathy ‘O’Brien.

According to Project Monarch survivor and author Cathy O’Brien there was a video confiscated by law enforcement from the Ramsey home entitled ‘How To Create a Mind Control Slave Using a Stun Gun’. O’Brien, who reportedly has over a thousand stun-gun burns on her body, said she is the female used in the instructional video. 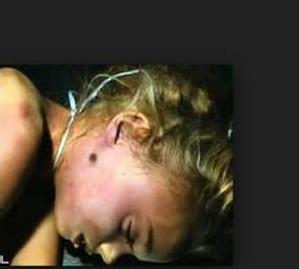 Montagraph very much wants to be publicly associated with harming children and uses his You Tube channel to express himself. On September 3, 2019 Motagraph published a video called Little Piggy and the Umbrella Man (EXTREME CAUTION! VERY DISTURBING)

It is the opinion of this writer, and many who comment on the ‘Piggy’ video that the child tied to the chair is a minor child that is an actual kidnap victim. Montagraph claims the child was actually a 35 year-old woman.

On October 17, 2019 Investigative Journalist Timothy Charles Holmseth (this writer) issued a public request to Montagraph on Facebook Live. Holmseth asked Montagraph if he would be willing to provide law enforcement with DNA and fingerprints to be compared with evidence found at the JonBenet Ramsey murder scene. Holmseth never mentions ‘semen’ or any specific bodily fluid. View – https://www.facebook.com/100009187154735/videos/2371934469789435/

On October 18, 2019 Montagraph published a response on his You Tube Livestream entitled “Timothy Holmseth BEGS For My SEEDS :)” View – https://www.youtube.com/watch?v=r8Pj-zcVhRE&fbclid=IwAR2U1qI0r1YWi4Wr786x6o8CwcsqjdNvdPrkWnb1oQPT5Fl5QWPxgA2lUaw

In Montagraph’s video response he repeatedly makes sexually vulgar statements implying Holmseth wants to be physically battered while he (Holmseth) performs oral sex on him (Montagraph) and Montagraph ejaculates in Holmseth’s face.

Montagraph published this video alerting the public to his “dark side”. https://www.youtube.com/watch?v=WEQJxpr3coA&fbclid=IwAR3XXeoCgwdvJVxPnSfA3b1dFjMZcbauYSZquX1E0TJgu885PJ3sRei2Dks 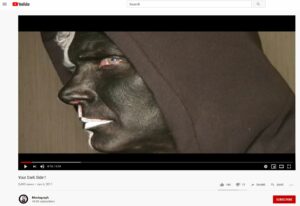 Below is portion of Holmseth’s telephone call with Flynn.

FLYNN: I’ve known about this network for a long time – I’ve been hunting it like a mad-man. And, so, he gave himself away I managed to find it and basically Bob Enyart knows too – because I put him on blast and the NSA knows about Bob Enyart for sure –

FLYNN: Oh yeah. They do know.

HOLMSETH: What do they know about Bob Enyart?

FLYNN: All the information that I gave them.

HOLMSETH: I mean can you summarize it…like what do they…

FLYNN: Dude I had already traced Bob Enyart’s website shadow government dot com or shadow gov dot com to the seven dwarf groups – I did that last year – his site was set up by people that were called the Thunder Road Group – which was like [inaudible] (George Soros)

HOLMSETH: Do you know was Bob Enyart involved in murdering JonBenet Ramsey?

FLYNN: Uhhhh, he could have been there. JonBenet Ramsey’s murder was an MK Ultra basic-training session and it went wrong

HOLMSETH: Yeah that’s what I thought

FLYNN: And she ended up dying – I’m pretty sure Montagraph was probably the one tazing her – whatever

FLYNN: And Montagraph’s symbol – the hand

FLYNN: MONTAGRAPH’s symbol on his channel is the ‘hand’. That hand is mocking people by telling everyone that it was his handprint that was on the window that couldn’t be connected to anybody

HOLMSETH: MONTAGRAPH has a few people that work with him but he makes his living through the software that he uses to create basically sock puppet troll armies – he makes it seem like there’s a lot of them – there’s not

FLYNN: Man, I am so thankful to God -I prayed before I called you that you would answer the phone and hear me out

PUBLISHER’S NOTE: All information contained in this article is for investigative purposes only. Nobody has been charged with a crime in the case of JonBenet Ramsey. Anybody charged with a crime is presumed to be innocent until and/or if they are proven guilty in a court of Law by a jury of their peers.

Facebook0Tweet0Pin0
About Timothy Holmseth 618 Articles
Timothy Charles Holmseth is an award winning news reporter and investigative journalist. He is an FBI witness in a national profile kidnapping case. He captured rogue CIA and FBI child traffickers on tape discussing their operations. He has been targeted for a decade. In 2019 Timothy Charles Holmseth became part of the Pentagon Pedophile Task Force. Timothy Holmseth is the only reporter authorized to report original content for the PPTF. There is ONE MAN between Timothy Holmseth and President Trump.