The news reporter for the Pentagon Pedophile Task Force has been threatened with extreme sexual violence by a Canadian man who claims to have evidence of a $68 Billion money transfer by JEFFREY EPSTEIN to the Toronto Union Bank.

Gerald Brummell, Canada, delivered a threat in writing via international telecommunications to Timothy Charles Holmseth (this reporter) to have me “continually anally raped”.

Brummell, who professes to be an advocate for sexually abused children with his organization called The Children’s Army,  included the address of a website called raping Tim’s ass live dot com –  http://www.rapingtimsasslive.com

Brummell, who goes by the name Agent Margaritaville on You Tube has been exposed by Timothy Holmseth, an award-winning news reporter, for contacting judicial officers in Florida and trying to arrange to coerce imprisoned U.S. Marine Field McConnell into making false claims to the FBI against Holmseth and Randi Erickson in exchange for his freedom.

Brummell’s connections and conspiratorial communications will totally expose ALL the bad actors in the FRAUDULENT case brought against Field McConnell.

Holmseth is an award-winning news reporter that uncovered a black market baby sales operation through the Ukraine Embassy in Washington DC to Florida. 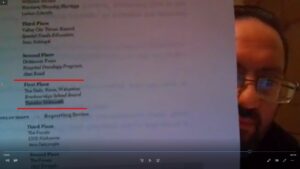 Below is Brummell’s message to Holmseth.

A new comment on the post “BEHIND THE SCENES: Field McConnell’s wife Denise Clarke McConnell approached – asked to convince her husband not to go to trial – convince Field to accept plea bargain” is waiting for your approval
https://timothycharlesholmseth.com/behind-the-scenes-field-mcconnells-wife-denise-clarke-mcconnell-approached-asked-to-convince-her-husband-not-to-go-to-trial-convince-field-to-accept-plea-bargain/

BTW when you go to prison I will arrange for you to know your feminine side nightly…..

Thats what happens when you call a brother a goof.

…… but maybe those Navy Seals will protect you.

There you go Tim, you can report to the authorities  just threatened to have you continually anally raped in prison when you go down for this massive fraud and impersonating a Government official….. actually MANY!