According to officials, a laptop that was owned by former U.S. Congressman Anthony Weiner, which was seized by law enforcement, contained a video of Hillary Clinton and Huma Abedin skinning the face of a live screaming girl.

Daily Mail chose an interesting word when describing the state of affairs with Trump and Pence’s Secret Service where many agents suddenly tested positive for COVID-19.

They used the word ‘frazzled’. 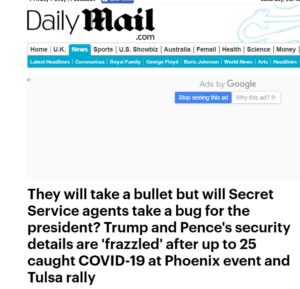 The word ‘frazzled’ does not appear to be connected to any quote from any spokesman or official, yet, it was bracketed in a fashion to draw special attention to it.

There may be an explanation. 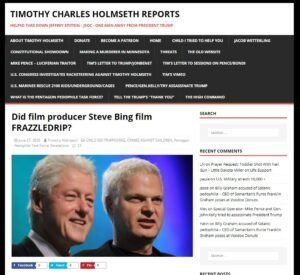