The day before the 2020 election a Congressional Oversight Defense Contractor walked into the U.S. Courthouse in Florida’s Middle District with documents.

Two weeks later he was gunned down in his kitchen.

On November 15, 2020 Christopher E. Hallett, CEO, E~Clause LLC, Florida, was working as a Congressional Oversight Defense Contractor when he was assassinated in his Marion County, Florida home. 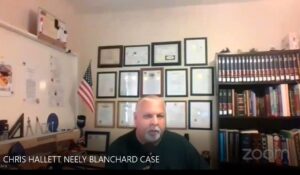 Hallett was a Constitutional Law expert who did loss-prevention for the U.S. Government. Hallett was exposing Emoluments Violations within government and the judicial system.

Hallett’s trove of cases expose, what is believed to be, the largest human trafficking operation in the world which was/is being facilitated by a 4th pillar of government (e.g. – Sharia Law/Family Court) that does not exist within our three branches of government.

Hallett exposed the fact that control of all branches of our government had been taken over by the BAR Association which is a foreign emolument (British Accredited Registry) comprised of unregistered Foreign Agents and showed that the U.S. Constitution forbids attorneys from holding any public office without Congressional approval.

On November 2, 2020, two weeks before being murdered in his home, Christopher E. Hallett, E~Clause LLC, filed documents at the U.S. Courthouse in Florida’s Middle District.

Hallett had been working with the Pentagon Pedophile Task Force (PPTF) and provided the task force a copy of the receipt from the U.S. Courthouse showing he paid the $400.00 filing fee. 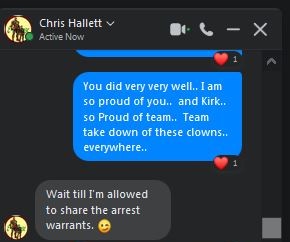 It’s believed the receipt is set to reveal arrest warrants that are connected to victims of government corruption that Hallett was assisting.

“These bad actors ain’t gonna know what hit them until they see our smiling faces in the audience at their treason trials,” Hallett said.

“[President Donald J. Trump] also knows who his real agents are as opposed to the fake actors. Even more so now that I moved the ball,” Hallett said. 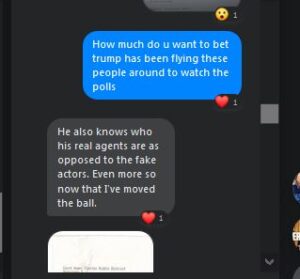 According to a White House-connected source, Hallett was literally receiving pats on the back by U.S. Marshals and others on November 2, 2020 after they learned the Judge had immediately forwarded Hallett’s filings into the federal system.

“I’m providing President Trump the receipt of Chris’ filing because it appears William Barr is not acting. It’s clear the U.S. Military is going to have to intervene to make these arrests and save our Republic,” said a spokesman for the PPTF.

“Chris asked me to move the ball – I’m moving the ball,” the spokesman said.

“I’m requesting President Trump invoke the 1807 Insurrection Act to restore the Republic and put the power back with the People,” the spokesman said.

Holmseth had been targeted for kidnapping and torture by Deep State operatives in multiple States including Minnesota and Florida, who used their emoluments to falsely arrest and imprison Holmseth in their attempt to suppress the publication of his evidence which included U.S. Court files, FBI records, police files, audio, and documents.

“We turned over Tim’s evidence to the Department of Defense in early 2019. The emoluments violations were all verified by E-Clause and filed with the Senate Judiciary Committee,” a PPTF spokesman said.

“We factually reported U.S. Marines rescued 2,100 children from underground tunnels in California. Most of the kids had been kidnapped from their parents by CPS,” the PPTF spokesman said.

“Why are they still kidnapping babies and children,” the spokesman said.

The PPTF is a task force created under the authority of Presidential Executive Order that secures actionable intelligence at the civilian level and turn it over to a Department of Defense liaison working under Joint Special Operations Command.