On February 24, 2020 a man using the You Tube name Agent Margaritaville posted a video entitled ‘Wastin Away Again in A FloridianField Searching For That Pentagon Pedophile Taskforce!’

The video was a message to me (Timothy Charles Holmseth). 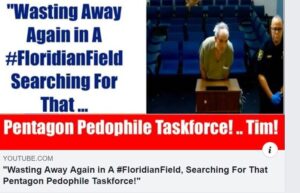 The video comes as U.S. Marine and Boeing Whistleblower Field McConnell, 70, arrived in Broward County, Florida after being extradited from Plum City, Wisconsin where he was kidnapped off the street by Deep State agents, by way of a concocted arrest warrant from Florida.

Agent Margaritaville should give those files immediately to Royal Canadian Mounted Police, Federal Bureau of Investigation, or U.S. Marshals.

I, Timothy Charles Holmseth, am not a law enforcement officer. I am an award-winning news reporter that is authorized to report unique original content for the Pentagon Pedophile Task Force. I do not, and will not ever, touch or possess any files or data that contains child sexual abuse or meets the definition of child pornography. Only law enforcement can handle child pornography evidence.

The following is posted by the uploader of the You Tube video: 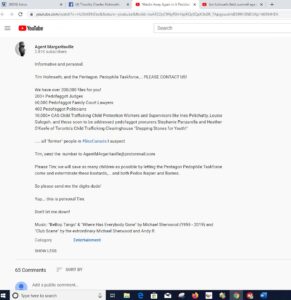 Tim Holmseth, and the Pentagon. Pedophile Taskforce,… PLEASE CONTACT US!

….. all “former” people in #BeeCanads I suspect Tim, send the number to AgentMArgaritaville@protonmail.com

Please Tim; we will save as many children as possible by letting the Pentagon Pedophile Taskforce come and exterminate these bastards,… and both Pedos Napier and Barnes. So please send me the digits dude!

Yup… this is personal Tim.

Don’t let me down! 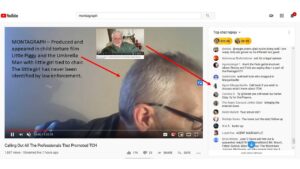 Agent 19 boasts in multiple videos that he and Montagraph arranged for the arrest of Field McConnell.

Agent 19 has published videos where he gloats about McConnell being extradited and how he loves to drink the tears of McConnell’s supporters.

Montagraph, formerly Dale Ellis Bennett; formerly Roy Warren Marshall; now Steve Quest is a child torture file producer who created a film called Little Piggy and the Umbrella Man that shows him torturing a little unidentified girl who is tied to a chair. 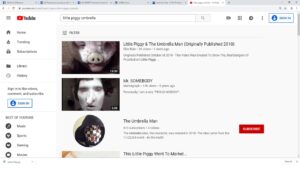 Watch Little Piggy and the Umbrella Man on You Tube

The blackmail operation is targeting high level elected officials and others including JOE BIDEN, MIKE PENCE, ADAM SCHIFF, TREY GOWDY, LINDSEY GRAHAM and many others.

Say hello to a few of my friends. 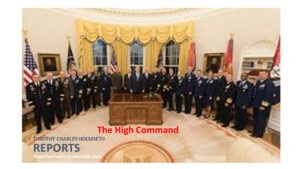 The ‘Epstein of the internet’ who’s been making ominous telephone calls to U.S. Congressmen and high- level Executives announces he is going to disappear where nobody will find him